The advertising business has changed dramatically since my wife and I started our agency in Manhattan. Advertising used to be a business you could launch with no capital if you had a client and some ideas that persuaded them to hire you.

My wife of 36 years and I met at a wedding. We were not married yet, but both of us were in advertising. She was running a small agency that was about to be acquired. I was in Account Management at a big Madison Avenue agency, working on a pretty high-profile disposable diaper account.

We hit it off, started dated and heard that there was this camera account up for grabs. So, against the advice of just about everyone (you don’t want to mix dating with a business relationship), we pitched the account and to our pleasant surprise, got it.

Etkin & Harris Advertising was in business. We operated out of Marcia’s apartment in Murray Hill with not much more than a yellow legal pad and a phone. We kept the camera account for about a year only to lose it when we refused to put half of our commissions into the company president’s Swiss bank account. Apparently, another agency agreed to that deal.

Back in the day, the advertising agency business model let agencies make a fair profit. We billed 15% on the media we placed and 17.65% on production. In effect, we gave away our creative product for free. The assumption was that as your client grew they would spend more with you and your agency would grow correspondingly. Your success and theirs would be tied.

Things in the world of advertising changed in a number of ways. There were a bunch of high profile agency buy-outs. Agency founders made huge dollars. Well known agency brands became part of large international holding companies. At the same time, agency services started becoming decoupled. So, clients could shop for creative, media and production services separately. Not surprisingly, there was price competition and agencies margins went down.

Enter technology into the ad world. Agencies now had other avenues to make money. It was a way to keep the lights on. Much of this ad technology was complicated and often it was far from transparent. Sometimes agencies found ways to build their own bottom lines, not the bottom lines of their clients. Things like agency trading desks enabled agencies to arbitrage client media dollars. And programmatic ad tech, which was supposed to save money, sometimes meant less working media spent on behalf of agency clients. An unreasonable share of the spending went into fees, not into media that would push brands ahead.

I get it. Clients want to get the most for the advertising dollar. And agencies need a way to deliver profit for their shareholders.

As Advertising Week comes to an end in New York, I want a return to the glory days of advertising. And I don’t mean three martini lunches served with a huge dollop of sexism. I want advertising to make a difference in business again. I want advertising people to be respected. And I want both clients and agencies to be pulling for sales success together.

It’s an understatement to say the way we communicate with one another has changed. In fact, saying this really understates the issue.

When I was in school eons ago we used a rotary telephone, wrote our term papers on typewriters, watched television shows on a television set, saw movies at a movie theater and listened to music on the radio or via a vinyl record using a record player.

Our interactions were different too. We spent a lot of time talking with people face to face. Our days were a lot less crowded. We were not on always-on. Generally, we carried on a single conversation at a time and rarely consumed multiple forms of media simultaneously. Our communications choices were far more limited. Media was not omnipresent and was not available in the palms of our hands. For the most part, we viewed our content in real time with no time-shifting.

Research and data were different too. Generally, consumer research took some time. At best, it was overnight, but often it was available monthly or quarterly. You waited for the research, analyzed it carefully and then acted on it.

Things are different today. We live in an always-on, data-driven communications dense world. In marketing these days data dominates. The pendulum has swung from the storytelling Chief Marketing Officer (me) to the data driven Chief Marketing Officer (not really me). I won’t disparage the value of data in marketing, but some have said it’s little like the difference between poetry and plumbing.

Plumbing is valuable. Late one night a Park Avenue neurosurgeon (that’s a fancy NYC address) was having trouble with his toilet. He called a plumber who showed up almost immediately and then made the repair in just 10 minutes. The doctor was impressed asked the plumber for the bill.

“When I was I neurosurgeon I didn’t get that much either,” said the plumber.

Whether you like this joke or not, there’s a good chance you’ll remember it. That’s because it’s a story, not merely a data informed, optimized, real-time cross-platform piece of communication. Humans have responded to stories since the beginning of time when tribes sat around campfires late at night creating and reinforcing the narratives that defined their lives.

Storytelling is particularly important in today’s media intense, short-attention span world. As brand communicators, we have less time to make our pitch. And we have more pressure to make certain that what we say is on point.

There is however a longer-term marketing goal. It’s to have all of our brand communications be part of something larger; something that will endure beyond the moment. Back in the day we used to call this a campaign. Classic marketing campaigns lasted for years as they told, re-told and reinforced a brand’s unique positioning. Campaigns also avoided the pitfall and the pain of having to make the consumer evaluate the primary selling idea/brand association in a new way over and over again.

I recommend that we try to solve a short-term mentality with a longer-term approach. Think beyond the moment. It will pay off. 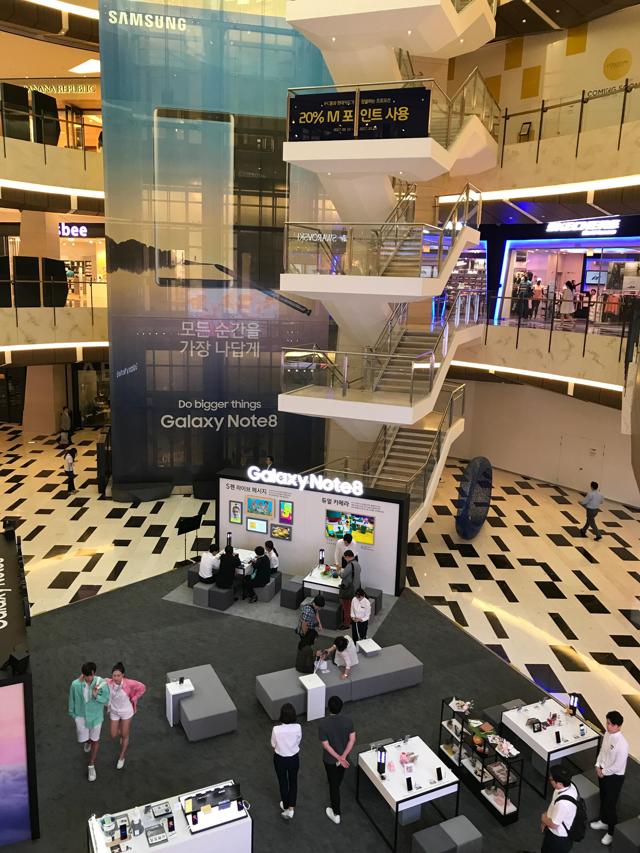 According to Human-Oriented Technology Lab and a study conducted by Gitte Lindgaard, Gary Fernandes, Cathy Dudek & J. Brown website designers have only 50 milli seconds, less than 1 second, to get the attention of a viewer.   They conducted three studies and found each time that visual appeal ratings  could be assessed within 50 ms, suggesting that web designers have about 50 ms to make a good first impression.

Axel Buchner at the Heinrich-Heine University, Institute for Experiential Psychology, in Düsseldorf, Germany found that dark text on a light background consistently outperformed retention over light text on dark background. The higher the contract the better people could retain the information they were presented with.

Mr. Buchner also found that this is true regardless of the color combination used.  However a study by Mariam Adawiah Dzulkifli and Muhammad Faiz Mustafar found that different colors do influence people’s emotional state. Greene, Bell, and Boyer (21), demonstrated in their studies that warm types of colors such as yellow, red and orange have  a greater effect on attention compared to the cool type of colors like brown and gray.

Lloyd-Jones and Nakabayashi (31), carried out a study on the effects of color on object identification and memorization, and found out that there were differences in memory performance in object-color spatial integration and object spatial separation.

All of this is not a coincidence. I like to think that the brands I favor have stood the test of time. These brands deliver quality and value even as they have adapted to changing market conditions, competitive threats and new ways of doing business.

There’s another reason I have stuck with these brands for years well beyond the fact that I am an intensely loyal person. There are emotional and often irrational reasons I like brands in the first place. It’s pretty clear that I have not picked my brands because they were the lowest cost or that they deliver the highest status. I’ve selected them because they work for me functionally and passionately. The $7 after shave that I buy at the drug store has little in common with my 5 series BMW. On the surface, there is little commonality. Beneath the surface these purchases are very much the same. They all are interesting. I feel good buying them. And I enjoy using them.

When it comes to building brands, I want to create brands that will last. This includes offering both practical benefits and emotional connections to our audiences. I want my brands to be logical, distinctive, interesting and at the same time familiar.

There’s something irrationally rational about brands. That’s the puzzle we marketers try to solve every day.